Link for I, MASTER SHAKESPEARE:
https://www.amazon.com/I-Master-Shakespeare-David-Lawrence-Young-ebook/dp/B08QPMZ8DT/ref=sr_1_2?dchild=1&keywords=I%2C+Master+Shakespeare&qid=1628065584&s=books&sr=1-2​

NOTE: Links for my other books are on the PUBLISHED BOOKS page on this website. Choose, read & enjoy!!!

Also: three of my most recently published books.
VILLAINS OF YORE - a light-hearted but serious look at crime and criminals in Britain from  the 14th century to the 1950s. Read about such 'orrible characters as Dick Turpin, Moll Cutpurse as well as the murderous pair: Burke & Hare and others. Published by Cranthorpe Millner, London

I, MASTER SHAKESPEARE: is a biographic novel about the Bard which is very suitable for all readers especially Young Adults.  This illustrated book also contains a detailed Timeline of Shakespeare's life & a list of places in the UK associated with his life and plays. Published by the Conrad Press, Canterbury, Kent.
"A colourful telling of the Shakespeare story in all its lively detail." Prof. David Crystal, WS scholar, writer & broadcaster.

EMMA HAMILTON:MISTRESS OF LAND AND SEA - is a biographic novel about Emma Hamilton, who by using her great looks and her "smarts," rose from abject poverty to become Nelson's mistress and the envy of every young woman in England 200 years ago. Also published by the Conrad Press.

All of the above are available in Amazon Kindle & print. 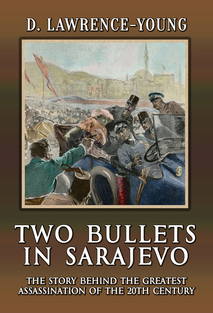 TWO BULLETS IN SARAJEVO tells two stories. It describes the lives of the six assassins who murdered  the Austrian Archduke, Franz Ferdinand and his wife, Sophie, when they visited Sarajevo in June 1914.

It also tells the forbidden love story that occurred between the dour-faced, but passionate archduke, Franz Ferdinand, and his beautiful wife, Sophie. This led to their very happy marriage which was cut short after only 14 years. It was ended when two bullets in Sarajevo ripped into them, a murderous action that became the spark that lit the conflagration of the First World War.
Published by Ravenswood, USA and available on Amazon Kindle & print. 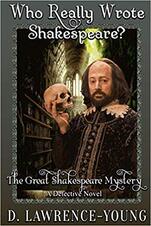 WHO REALLY WROTE SHAKESPEARE? is a literary detective novel. Four academics set out to find if William Shakespeare really wrote the works attributed to his name. Trawling through libraries and travelling to sites in England associated with the Bard, they finally do come up with an answer which satisfies them but may surprise others.
Published by Ravenswood USA and available on Amazon Kindle & print.​

Another of the mysteries connected with Shakespeare is why he left his wife, Anne Hathaway and his young children behind in Stratford-upon-Avon to come to London to become the world's most famous playwright? Did they not get on? Was he escaping from the law about a poaching incident? Did he have a secret mistress in London?
WELCOME TO LONDON MISTER SHAKESPEARE tries to explain why Shakespeare left home and what he did in London during his 'Lost Years.'  Published by Ravenswood, USA &available on Amazon Kindle & print. 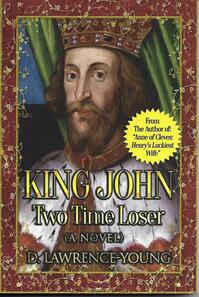 KING JOHN - TWO TIME LOSER is a biographical novel about the only English king who has been called 'the Bad King.' But was he really any worse than the other medieval kings who fought, killed, had many mistresses etc? Or is he considered bad because he fought the Church, who wrote the contemporary 'Chronicles'? Or was he considered a terrible ruler because he annoyed the barons who wanted everything their own way without any royal interference?
​Published by Ravenswood, USA. Available on Amazon Kindle and print. 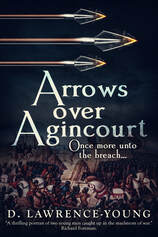 ARROWS OVER AGINCOURT tells the story of how in the summer of 1415, Tom and Davey, join the army of Henry V as archers. They survive the long debilitating battle and disease at Harfleur, "Once more unto the breach, dear friends, once more." They then have to slog their way through north-east France to take part in one of England's most famous victories at Agincourt.
This book has been written with Young Adults in mind and serves as a good introduction to Shakespeare's Henry V.                                       Published by Sharpe Books. London. 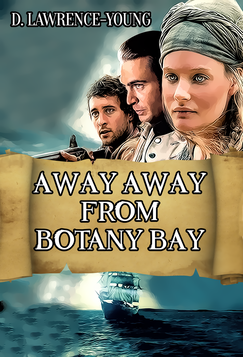 Mary Broad, her husband, Will, and several other prisoners decide to risk their lives and escape from the Botany Bay convict colony. Taking her baby children, Mary and the escapees steal a small boat and sail away from their hated prison camp. They battle stormy and shark-infested seas, angry natives, hunger and thirst but eventually reach freedom in Batavia (Indonesia). But while thinking they are now safe, one of them betrays the others and they are thrown into prison once again.

AWAY AWAY FROM BOTANY BAY tells their story which is based on the truth and has been written for Young Adults. It tells how some of them eventually succeeded in defying a vengeful government to find freedom at last.