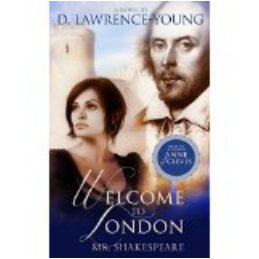 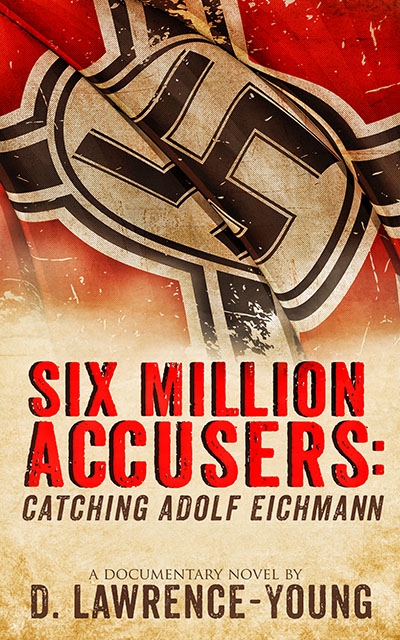 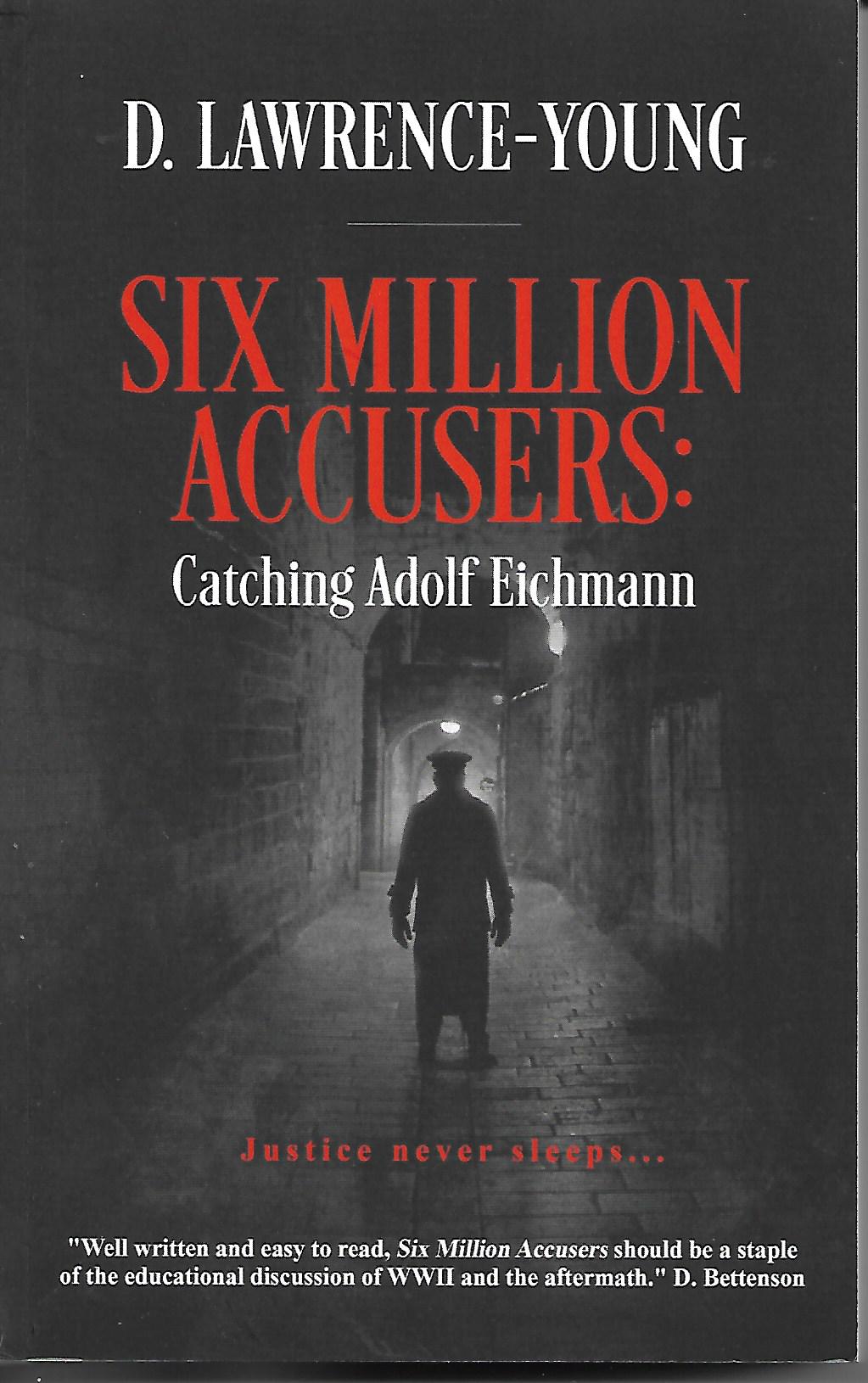 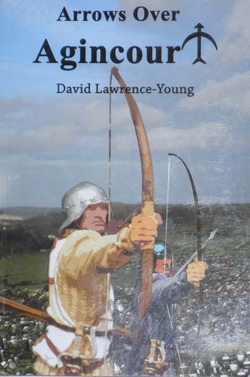 Arrows Over Agincourt  is about how two 18 year old lads join Henry V's army in 1415 looking for glory and excitement. They find it on the battlefields of Harfleur and Agincourt, France, but they also learn that the price to be paid includes much blood and death. Based on a major piece of historical research, this novel is particularly suitable for teenage readers. 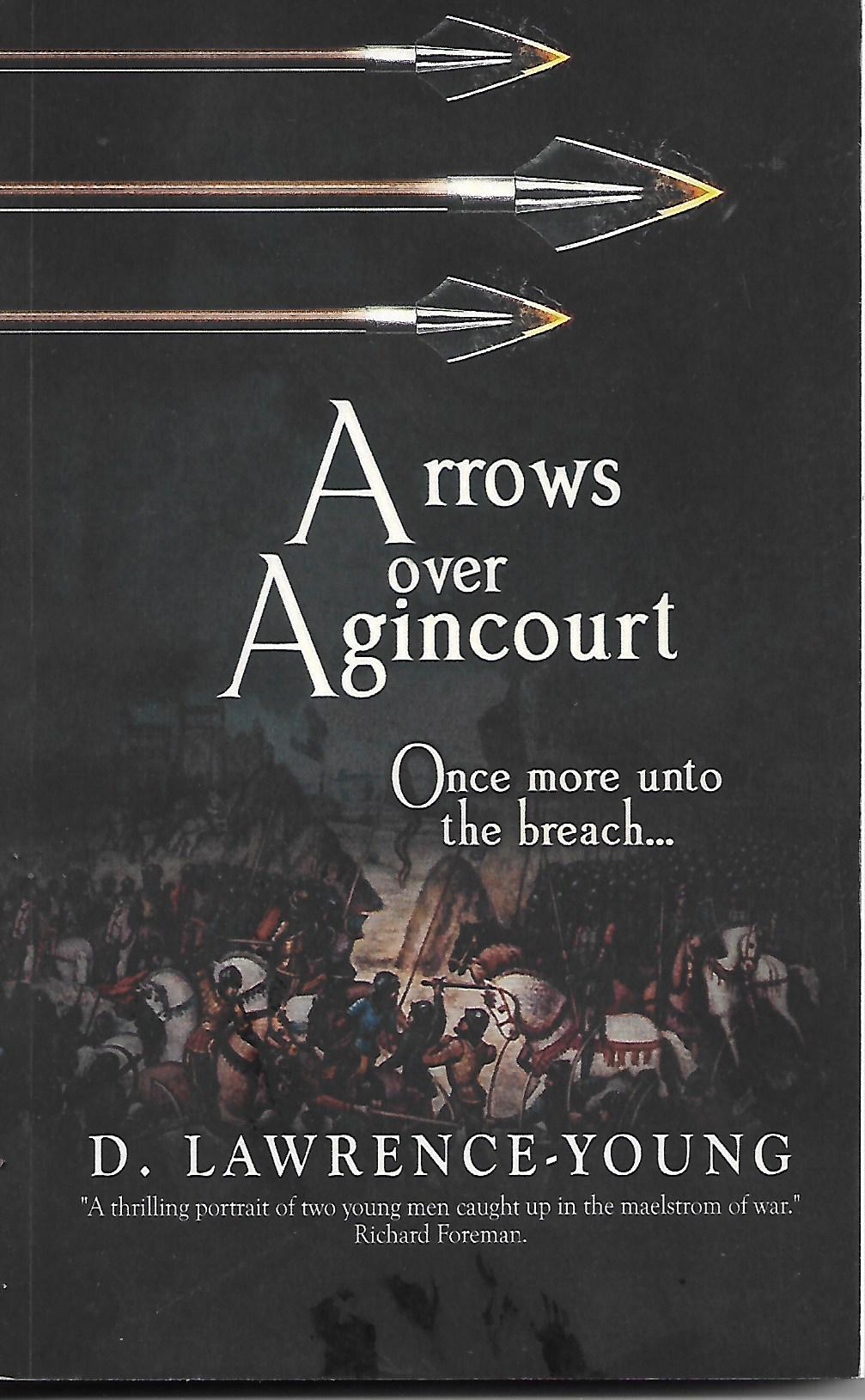 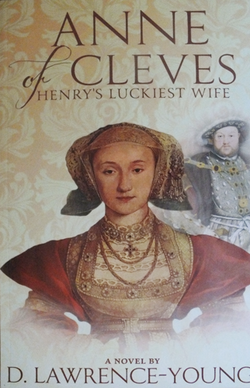 It is winter 1539. King Henry VIII is galloping through the night to meet a young woman. Just arrived in England from Germany, Anne of Cleves is destined to become the king's fourth wife. Up to now, he has only seen her through her portrait - the portrait of a sweet, demure and innocent young woman. The impatient and lovesick king feels he has to see her before their marriage. But this rushed and unplanned rendezvous will shock them and the country both. It will also lead to some completely unexpected results and fatal results for others who are closely linked to the king and his new lady.

Read this novel and find out why of all this king's six wives, Anne of Cleves was the Unbeloved and why this novel received over 200!!! mainly positive reviews on Amazon.com/co.uk 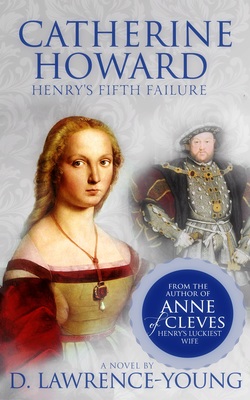 Catherine Howard - Henry's Fifth Failure.
Published by Sharpe Books, UK
This novel has it all! - Sex and intrigue, war and dirty politics, love and death.When the love-sick Henry VIII needs a new wife, the Duke of Norfolk more or less pushes Catherine Howard, his promiscuous niece, into his royal master's bed. However, His Majesty soon finds out that his so-called "Rose without a thorn" is not as pure as he was led to believe and the results prove to be fatal for the young queen.
Read this novel and see how and why Catherine Howard became HENRY'S FIFTH FAILURE and received over fifty mainly positive reviews on Amazon.com/co.uk. 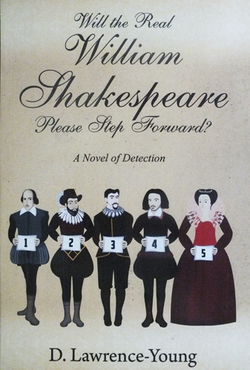 When Daniel Ryhope hears a fellow-lecturer refer to William Shakespeare as "A faker and a con man!" he sets out on a quest to find out out the truth. Who really wrote the poems, plays and sonnets we attribute to the Bard of Avon?

Helped by his wife and two  university friends, they sift their way through masses of information about lords, ladies, crooks and others to see if this young man with no university education and who came from a small market town far away from London could have written the finest work ever written in English. Did he have to be well-educated, rich or have connections at court? Were these famous works written by a team or were some of them written by a woman? Read this detective novel to find out who really wrote "Macbeth," "Romeo & Juliet," "Hamlet" et al. 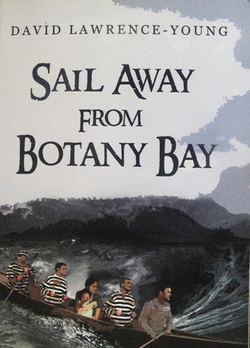 It is 1791 and Mary Broad, her husband and two small children, together with ten other prisoners decide to escape from the first Australian convict colony near Botany Bay. They steal a boat and escape in the hope of finding freedom. Without any navigational experience, they set out to cross the shark infested Timor Sea. On their way they have to fight off warlike Aborigines, survive tremendous storms at sea and hunger but eventually arrive safe and sound in Batavia (Indonesia). But there, after their record-breaking voyage of thousands of miles, a cruel surprise awaits them. They are betrayed and thrown into prison! What else can happen to them? Will they rot in prison for the rest of their lives? Will they succeed in returning to England? And if so, how many of them?

This novel is based on a true story and shows how a group of determined people took on the combined might of the British government and the Australian penal system. 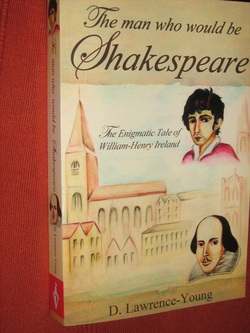 "The Man Who Would Be Shakespeare - The Enigmatic Tale of William-Henry Ireland."

This novel tells the incredible but true story of William-Henry Ireland, a young man who in the 1790s forged many Shakespearean letters and documents, and even wrote a new "undiscovered" Shakepearean play, all to keep his father happy.
Read how his plays and plans went wrong and what riotous events happened to his "new-found" drama when it appeared on the stage at Drury Lane theatre
on April 2nd. 1796.
Note: This novel has now been re-issued with a new but similar cover by Ravenswood Publishing, NC, USA. 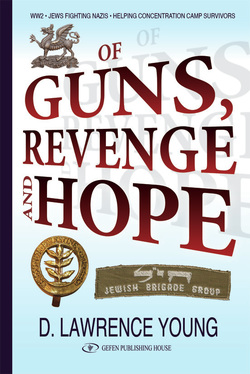 "OF GUNS, REVENGE & HOPE" is a WW2 sequel to my earlier WW1 novel "OF GUNS & MULES." This second book tells the story of how Benny Levy, the son of David Levi, of OF GUNS & MULES joins the British army in Palestine as a driver in 1940 and together with a couple of friends are sent to serve in Egypt. Here he meets Tamar, and we see how their relationship develops as the war progresses and their paths keep crossing in North Africa and Italy. Benny is then sent to North Africa as a driver and takes part in the defeat of Rommel's Afrika Corps at El Alamein, Tobruk and Tripoli.

Benny then crosses the Mediterranean, undergoes retraining and becomes a combat soldier in the newly formed Jewish Brigade. He participates in the fighting to drive out the Nazis out of north Italy back to Germany while at the same time he joins a secret revenge unit whose job is to hunt down and kill Nazi officers who were responsible for killing Jews in Italy and elsewhere.

At the same time he and his fellow Jewish soldiers in the Jewish Brigade help concentration camp survivors escape Europe and send them on to start new lives in Palestine, a country he hopes will soon will become an independent state of Israel. 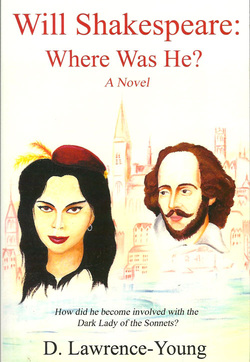 Will Shakespeare: Where Was He?

A novel about Shakespeare's early life and his first few years in London. This novel deals with the Bard's mysterious "Lost Years." Where was he and what was he doing between 1584 when his twins were born and 1592 when a jealous rival castigated him for being a show-off and a "jack of all trades"? What was Shakespeare's connection with the Dark Lady of the Sonnets? Why did he leave his wife and children behind in Stratford in order to join the dubious world of the London theatre?

Marlowe: Soul'd to the Devil 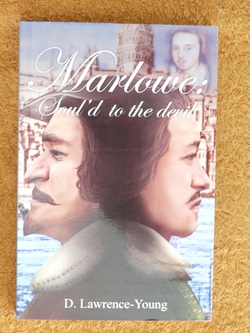 Read how he becomes the darling of the Elizabethean theatre while at the same time acting as a spy against Catholic terrorists for the Queen's paranoid government.

Was he really stabbed to death at the age of 29 or was this a cover for something else? What was his relationship with his rival William Shakespeare? 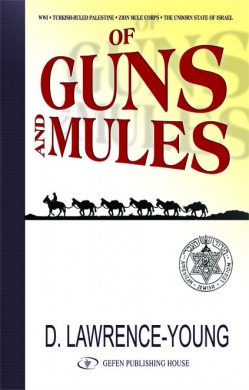 Of Guns & Mules
Click on the picture
for a link to Gefen Publishing
Of Guns and Mules
This is the only novel written about the Zion Mule Corps, (ZMC) and the Jewish Legion, two Jewish units which took an active part in the fighting in the First World War.

This novel opens with the Turkish police arresting David Levi, his father and several hundred other Jewish men and boys in 1914 in Ottoman/Turkish ruled Palestine. They are then sent by boat to Egypt. There, David and his friends join the newly-formed ZMC and sail to Gallipoli where they participate in the unsuccessful campaign. While there, he writes to his girl-friend, Yehudit, and through their correspondence we learn what is happening in Palestine at the same time. 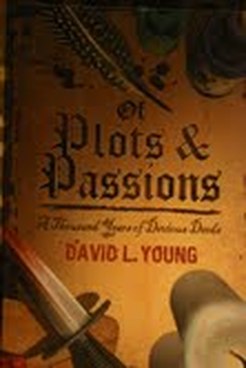 Of Plots & Passions
Click the picture
to Librario Publishers
Of Plots & Passions: 1000 Years of Devious Deeds
Many plots have been aimed at the British monarchy and government over the past thousand years. They include the Gunpowder Plot; at least four plots against Elizabeth I; seven against King James I and three against King Charles II. Other plots involved the nine-day reign of Lady Jane Grey, and was the shooting death in the New Forest of King William II (Rufus) an accident or not? Did King Richard III kill the little Princes in the Tower, or were they killed by King Henry VII who had much more to gain by their untimely demise? Why was the Cato Street conspiracy of 1820 similar in many ways to the Gunpowder Plot?

In this book, through a series of conversations by a retired history professor and his granddaughter, the author tries to unlock the mysteries surrounding these devious deeds. Sometimes the results are quite surprising! 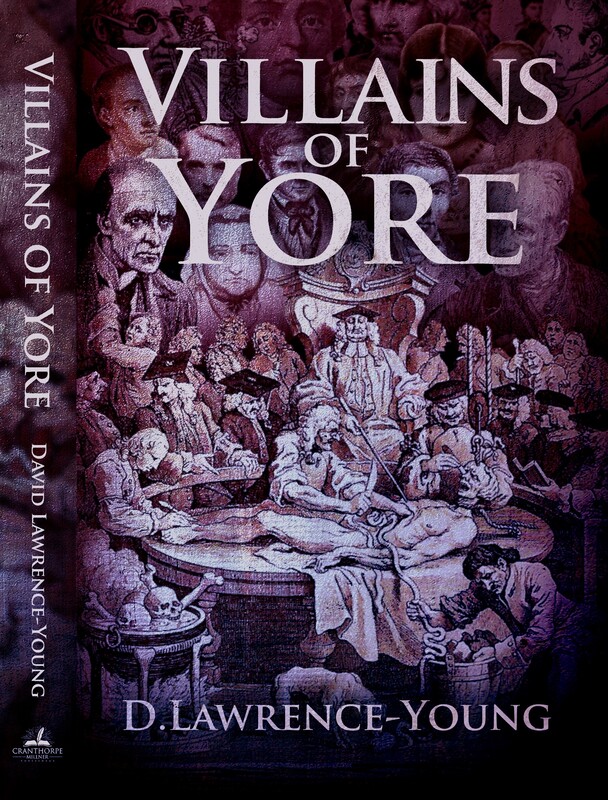 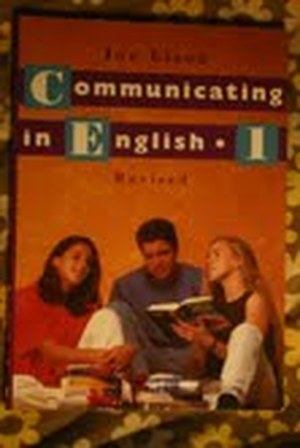 Communicating In English.j
This is an English language text book written for ninth grade English Foreign language students (EFL) which was completely revised by David Lawrence-Young. Each chapter is based on a short story. There are many comprehension, grammar and vocabulary exercises which follow each of the twelve stories. Stories are by William Saroyan, Damon Runyon, Isaac Asimov and O. Henry, among others. This book is accompanied by a Teachers' Guide. 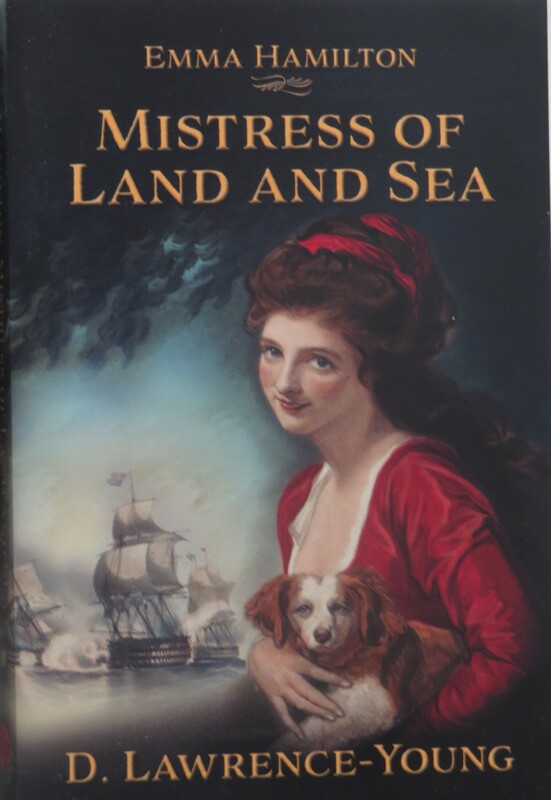 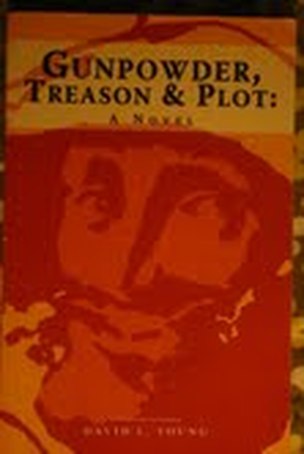 Gunpowder, Treason & Plot
Click on the picture
for publisher
Gunpowder,Treason & Plot
Is an historical novel that tells the story of how, in 1605, Guy Fawkes and a small group of disgruntled Catholic plotters planned to blow up the King, his family and the ruling aristocracy at the opening session of the Houses of Parliament.

King James I, the Catholic son of Mary, Queen of Scots, had been king for two years and had deeply disappointed his Catholic subjects. One of them, the aristocratic Robert Catesby, gathers a group of like-minded plotters together and after ridding the country of the king, they plan to return England to the Catholic-style regime of Bloody Mary. Guy Fawkes, an experienced ex-soldier, is brought in as an expert on the use of gunpowder.

Today we know that the plot failed, but had this band already been infiltrated by Sir Robert Cecil, King James I's devious Secretary of State? Who sent the warning note that a "terrible blow" was imminent? What would have happened had this desperate plot succeeded?